Supply and Demand – Pizza at COTA 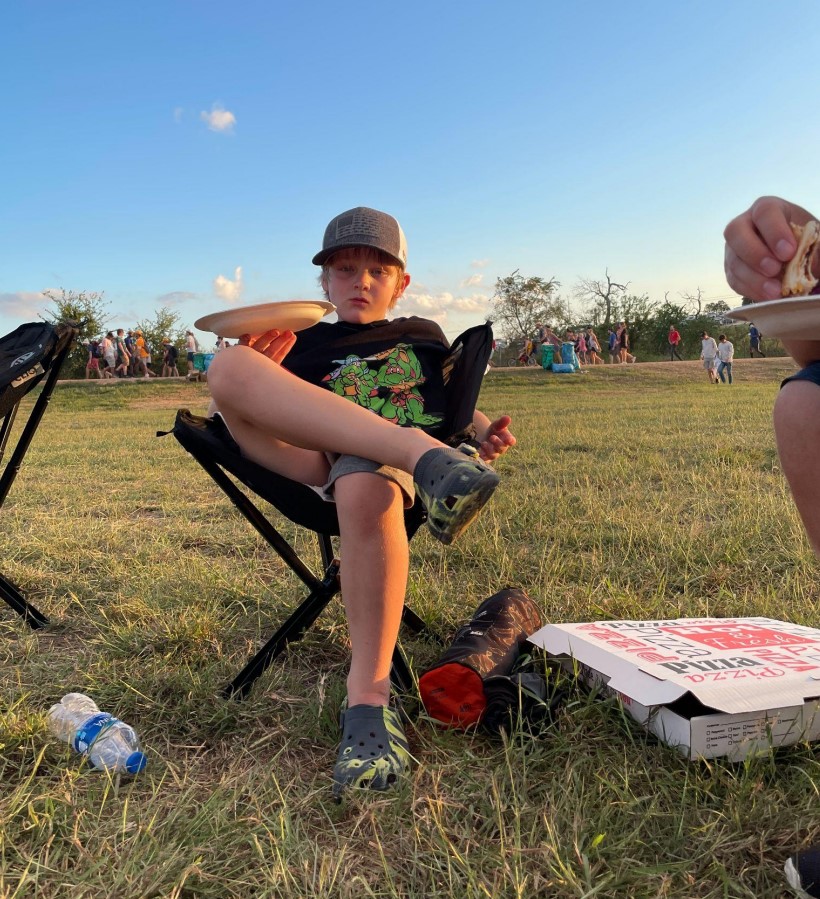 9 times out of 10, it’s pizza for the win. But what about when supply-side issues come into play? Is pizza more delicious when in short supply?

This October, the world peered down on Austin, Texas for the US Grand Prix at the Circuit of the Americas. In attendance was a group of dads and sons. The boys ranging from 7 to 18, the dads ranging from heckin’ fit, to classic ‘dad bod’… but I digress.

The days are long which means multiple trips to the drink stand and/or the food booths. And on Saturday night after the practice session but before the evening concerts, it was time to scrounge up some dinner.

There were plenty of interesting options for grub–but pizza is easiest to please a group–so we set off to find the goods. As I walked up with my boy, it’s clearly at least a 30-minute line. (Did I mention there were 400,000 people in attendance that weekend??). Fortunately, we spied Jeremy nearing the front of the line—sweet. “J, get 2” and we moonwalked out of there.

That’s when things got interesting. Right as Jeremy walked off with the two pies ($84 worth of pizza by the way… they really get you at those events) the cashier started yelling back, “6 slices!” It’s only about 6pm and they are already out. Not a good look for the pizza dudes.

After the announcement, walking back through the crowd of hungry people, you felt like you needed to keep an eye open just to make sure the pies didn’t get swiped!

We made it back to the grassy spot we’d selected as our home for the night and the younger boys all came running. It’s the moment of truth. Crack open the box and they’re still steaming. Plenty of pepperonis and each one has that golden sheen of grease. It’s not too much, nah, just the right amount.

It’s real New York style with big foldable slices. And the mozzarella is legit, 100% real. One of the guys asked, “is it even real cheese?”and I had to think about it. I dunno…not that it’d be fake, but this stuff is the good stuff. Where the cheese has some bounce to it. Squeaks a little on a big bite. You know what I’m saying, right??

All in all, 10 out of 10. But the question remains…how often is food truck pizza at some event really that good? Maybe it was killer…maybe it was just because it was the last of it. I guess we’ll never know.

Next time you make an event down at the COTA in Austin, try the pizza and let me know.

(Easter Egg: My boy Auggy, the kid mean mugging his pizza in the photo, is wearing a t-shirt with Ninja Turtles eating pizza. That shirt is from Serious Pizza in Dallas, featured in a previous episode of Slice and Sip).